Okinawa May 14, 2018: Japan Transocean Air (JTA/NU), an Okinawan airline and a subsidiary of the Japan Airlines (JAL) Group, announced that a specially designed aircraft called “AMURO JET” will begin operating domestic flights starting today. The aircraft will feature an image of the famous Japanese artist, Namie Amuro, on its fuselage.

Namie was originally from Okinawa and has been one of the top artists in Japan for 25 years. The announcement of her retirement in 2018 has been shocking to fans in Japan and to fans around the world. JTA, as an Okinawan airline, approached the artist to feature the “AMURO JET” in appreciation of her career, which was kindly accepted.

JTA would like to support Namie and the people of Okinawa through the operation of this aircraft through September 16, 2018, when Namie will officially retire as an artist.

For details, https://amurojet.jta-okinawa.com (in Japanese only) 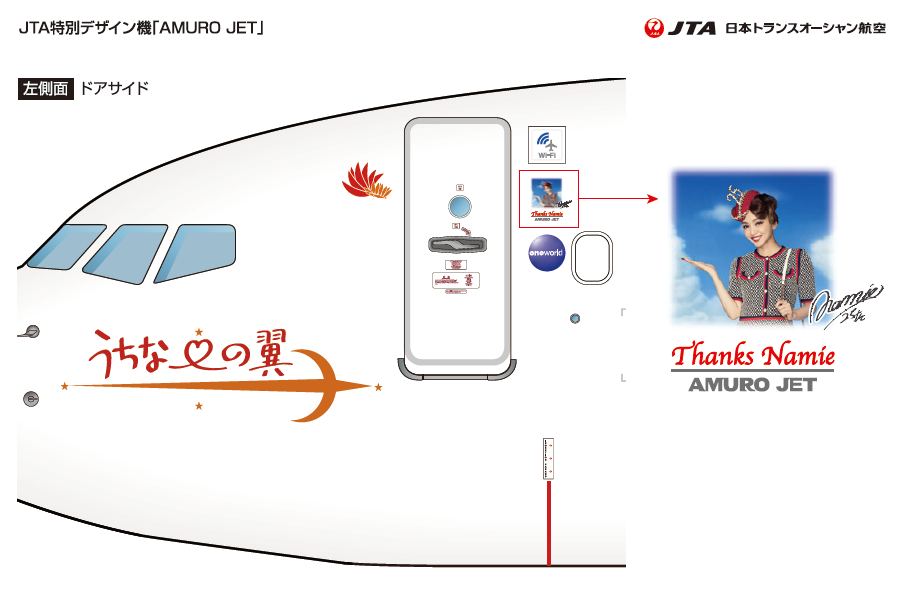